Southwest Parke Community School Corp. employees were surprised to learn that the district’s high school could use significantly less electricity – and get paid for it. 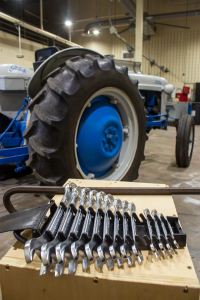 Riverton Parke Junior-Senior High School received a nearly $4,000 in Power Moves® rebate from Parke County REMC, its local electric cooperative, in 2019 for upgrading school lighting to more energy efficient LEDs. The school also has saved thousands more by participating in PowerShift®, a demand response program offered by its local electric cooperative. The program helps businesses and residences control their energy use during peak demand times in the winter and summer when energy is most expensive.

Chad Lawson, the school district’s maintenance director, was first introduced to PowerShift after meeting the Parke County REMC energy advisor in 2017. The program reduces the school’s energy use on hot summer days by shutting down the school’s air conditioning system for several afternoon hours when demand is highest. Previously, the school left the system running daily during the summer, even though school is not in session those months.

The school, which shuts down several large chillers, five air handlers, and conditioned water pumps during the PowerShift afternoon events, has saved more than 8 percent in energy costs by participating in the program.

“In our school district, revenue is incredibly important, so any way we can save money, we try to do it,” Lawson said. “After talking with our energy advisor, it was going to be pretty simple on my end to shut down the building’s air conditioning system, so it seemed like a pretty good deal, especially with the incentive. It was very minimal inconvenience.” 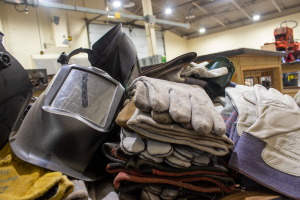 In 2018, Parke County REMC partnered with Purdue University to provide Riverton Parke with an energy audit to identify potential areas for long-term savings. Based on findings, the school upgraded lighting in two agriculture classrooms and half of the parking lot. The upgrade to brighter LEDs made it easier for students to work on projects, such as practice repairing tractors, Lawson said.

“It’s been a pretty good partnership,” Lawson said of the relationship between the school corporation and Parke County REMC. “They’ve done a lot to help with the applications and rebates, and the rebates and savings make it a lot easier to justify doing those projects.”

Parke County REMC employees continue to regularly meet with Lawson to discuss energy needs at the high school, including implementing additional findings from the energy audit.

“Riverton Parke Junior-Senior High School is a terrific partner that has been receptive to ways that can improve the school’s energy use,” said Chadd Jenkins, president and CEO of Parke County REMC. “This approach also lowers costs for the school, and the savings can then be used in other ways to benefit students. When we are able to help an organization such as a school be successful, it has great benefits for everyone involved.”