Citizens Electric Corp. member Vince Adelman bought an electric vehicle to eliminate his trips to the gas pump. While charging his new vehicle in his garage increased his electricity use, another new appliance helped gush in savings: a heat pump water heater.

Adelman purchased an all-electric Chevy Bolt to replace a gasoline-powered vehicle. While he has saved in fuel costs by switching to an electric vehicle, he was interested in additional changes he could make to offset his increased electricity use. He discovered that upgrading his electric resistance water heater to a heat pump water heater would significantly lower his home’s energy use. He even received a Power Moves® rebate from Citizens Electric to make the change.

“The savings that I derived from my new hot water heater are going to provide enough extra money to offset the energy used to charge and run my electric vehicle,” Adelman said. “That was my original goal.”

Adelman was surprised to learn in his research that a water heater could be a home’s second largest energy cost after heating and cooling a home. He bought a heat pump water heater on sale that qualified for the Power Moves rebate offered by Citizens Electric.

“The hybrid water heater provides a consistent source of hot water that is just perfect,” Adelman said. “It’s just been great. We’re thrilled with it.”

He initially considered offsetting his energy use by adding solar panels to his house. Adelman reached out to companies that offer residential solar energy systems, and was given quotes that each were in the tens of thousands of dollars. 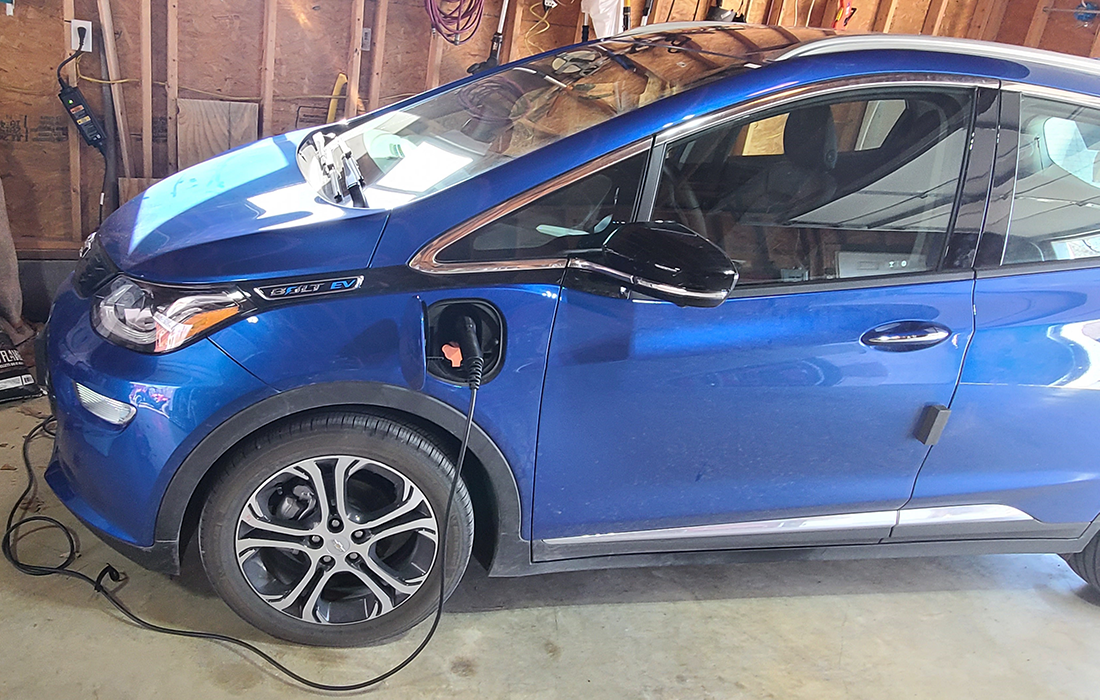 He was told that they could save him hundreds of dollars on his electric bill – which Adelman said before the heat pump water heater averaged about $150 a month – and he could get more back in tax incentives. That’s when he reached out to Citizens Electric to verify some of the information in the price quotes and learned a surprise.

The amount of money saved in one proposal referred to 4 percent electricity cost increases every year. Yet Adelman learned that Citizens Electric last had a price increase in 2015 – for 1 percent.

“My purchase decision was going to be based on the veracity of that information,” Adelman said of the solar panel considerations, “and almost none of it was true.”

Adelman spoke with Steve Elsea, manager of member services at Citizens Electric. Elsea has spoken with several residential members who have been interested in adding solar panels to their homes. While each house is unique, Elsea said that many times people are misled when talking with companies about the full cost and savings of adding solar panels.

“We do suggest talking to your electric cooperative’s energy advisor, because there is a lot of misleading information out there,” said Elsea, who can reference homeowners’ electric bills to determine what potential cost savings solar panels can provide. “We try to talk with members and send them to where they can get the facts.”

Adelman found that the heat pump water heater is offsetting the electricity that is needed to charge the Chevy Bolt. He and his wife are retired, and the Bolt’s range is more than enough for most of their traveling. They are happy to simply charge it in a typical wall outlet without the need for any additional charger, though Adelman has noticed that the infrastructure of public electric chargers has increased.

“For older folks like us, it has good access and it rides very well, and it has tremendous pickup,” Adelman said of his electric vehicle. “I’ve told my wife several times there is nothing about that vehicle that I don’t like.”